Catrin + James came all the way from Wales to elope in NYC. They originally planned to tie the knot just the two of them. Once their plane landed, they were surprised at the airport by two of their best friends. I remember them saying how excited they were to see some familiar faces and relieved that someone they loved would be there to see them get married.

These two also eloped the day before Thanksgiving. If you know anything about New York City and Turkey Day, you know that the tourists are on a whole other level. Understandably of course, since the Macy’s Day Parade really is an amazing sight.

We met up at the edge of the park and braved the crowds on our way to the ceremony spot. Catrin + James got married in my absolute favorite part of Central Park – Bow Bridge. If you’ve been over to Central Park West, you’ll know that gorgeous, white bridge accompanied with some killer views of the city. You can usually hear someone playing some jazz on their trumpet or saxophone nearby. It’s dreamy.

Surrounded by The Lake and the last remaining hints of autumn, these two tied the knot right in the middle of Bow Bridge. It was sweet, simple, and kind of hilarious considering I had to dodge so many tourists taking photos with their iPhones. Like where are those pictures even going?! Anyways…

After the ceremony, we explored a bit more of the park and captured some of the gorgeous fall foliage. I’m pretty sure we passed dozens of other bride and grooms while we were there, and it really felt like a true NYC elopement. Getting to witness Catrin + James’ love amongst all of the other self-invited guests on the bridge (hehe) that crisp Wednesday afternoon was an honor. 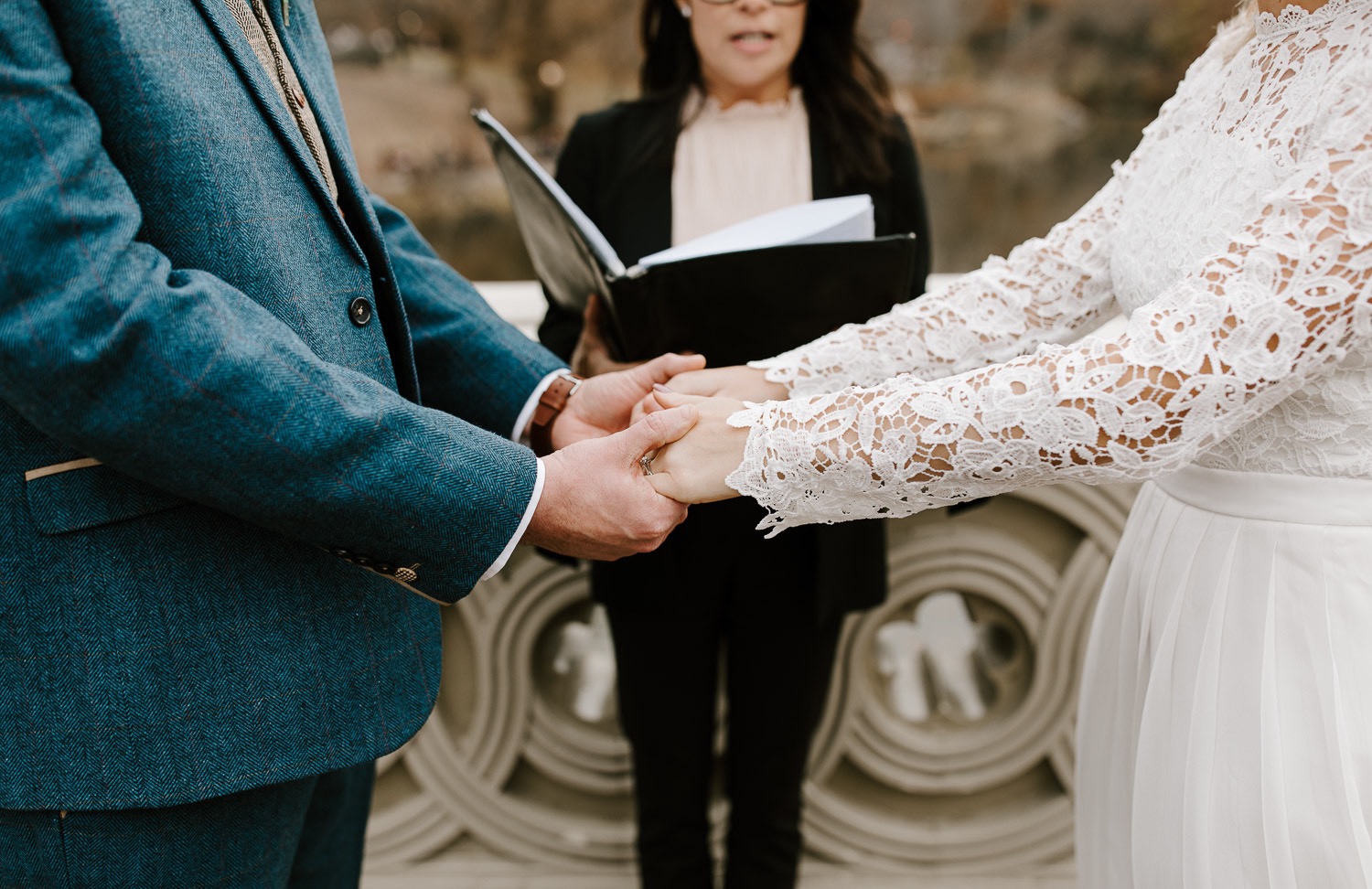